Powerpoint presentation presenting a primer on the history of civil rights and voting rights in the United States of America from the Dred Scott decision through Reconstruction and the post-Civil War Amendments which served as the basis for the modern Civil Rights and Voting Rights Acts of the mid-20th Century.

The Supreme Court split along ideological lines with its ruling that Congress had not provided adequate justification for subjecting the states, mostly in the South, to federal oversight.

An Assault on the Voting Rights Act

By THE EDITORIAL BOARD

The Supreme Court kills a vital enforcement section, punting it back to a paralyzed Congress.

President Obama said he was “deeply disappointed” by the ruling, and some lawyers in the South fear discrimination at the polls will grow.

There has been a lot of speculation about how the Supreme Court’s decision on the Voting Rights Act might affect the partisan composition of Congress, but most of it gets the story wrong. 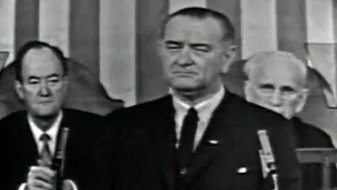 A HISTORY OF VOTING RIGHTS Voting was a contentious issue for much of the 20th century. Tuesday’s ruling suggested that conditions had changed since the Voting Rights Act of 1965.

The court’s hubris on voting demands a legislative response.

All In with Chris Hayes

for Jobs and Freedom

THE LIFE AND LEGACY OF NELSON MANDELA

Nelson Mandela, who has died aged 95, was the architect of South Africa’s transformation from racial despotism to liberal democracy, saving his country from civil war and becoming its first black president

Read the story of Mandela's tempestuous life, filled with hardship and struggle and crowned by a singular triumph, in The Telegraph's seven-part obituary.

1. One of the most inspiring figures of the 20th Century

Former President of South Africa, who guided the country from apartheid to democracy during a life filled with hardship and struggle

Son of a chief of the Thembu clan of the Xhosa people, young Rolihlahla Mandela attends a local Methodist mission school. Here a British teacher, finding his name difficult to pronounce, christens him 'Nelson' after the admiral

After becoming secretary of the ANC Youth League, Mandela receives his first banning order, preventing him from attending political gatherings. Taking the group's struggle underground, he faces difficulty both in politics and at home

Sentenced to life inprisonment with hard labour, Mandela lands on Robben Island in 1962. The conditions are primitive and the regime brutal, but with the help of his natural leadership the prisoners begin to win concessions

Released from prison after 27 years, Mandela convinces the ANC to abandon its dream that armed revolution would overthrow apartheid and choose the path of negotiation instead

Eager to forgive but not forget, Mandela supports the findings of The Truth and Reconciliation Committee, set up to investigate crimes of the apartheid years. He hands the ANC reins to Thabo Mbeki and marries Graca Machel

The Supreme Court’s 6-to-2 decision on Tuesday concerned whether the state’s voters had violated the Constitution by forbidding race-conscious admissions plans at public universities.

How Minorities Have Fared in States With Affirmative Action Bans

By FORD FESSENDEN and JOSH KELLER

The Supreme Court decided Tuesday to uphold a Michigan voter initiative prohibiting the use of race in admissions to the state’s public universities. In states that have banned affirmative action in college admissions, prominent public universities have tended to enroll fewer black and Hispanic freshmen.

Racial Equality Loses at the Court

In upholding a ban on affirmative action in Michigan, the Supreme Court failed to see, as Justice Sonia Sotomayor pointed out, that “race matters.”